Old church books are the oldest source in which we can find the farm's name, we know that Mälby was a farm already in the 1500s. Existence of Bronze Age tombs and ancient castles shows the area was inhabited long before the church records started.


In the 1650's the manor house was built by general Gustav Horn. He was one of the most prominent generals during the 30-year war. After his death the property was inherited by his only child and four-year daughter Eva.
At age 14 she was married to 26-year-old Nils Bielke - one of Karl XI's most trusted men.
After Karl XI's death Bielke came in disgrace, was sentenced to death but pardoned. Mälby as well as most of the property was taken by the crown.
Jesper Ehrencreutz, mill owner of Ehrendal, then bought Mälby for the wood which was needed in large quantities for the cannon production at Ehrendal. 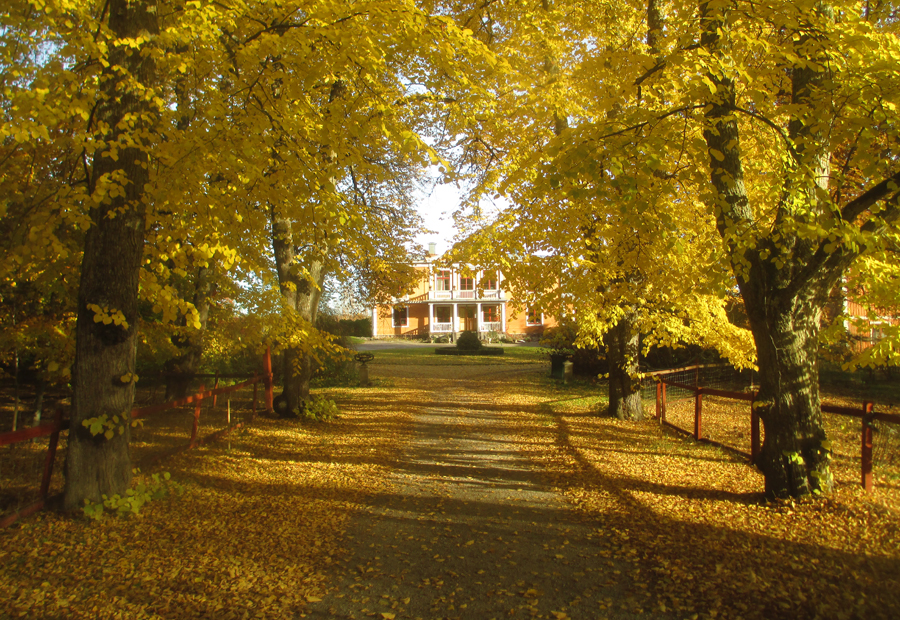 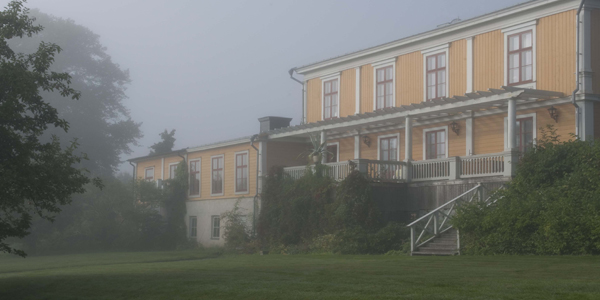 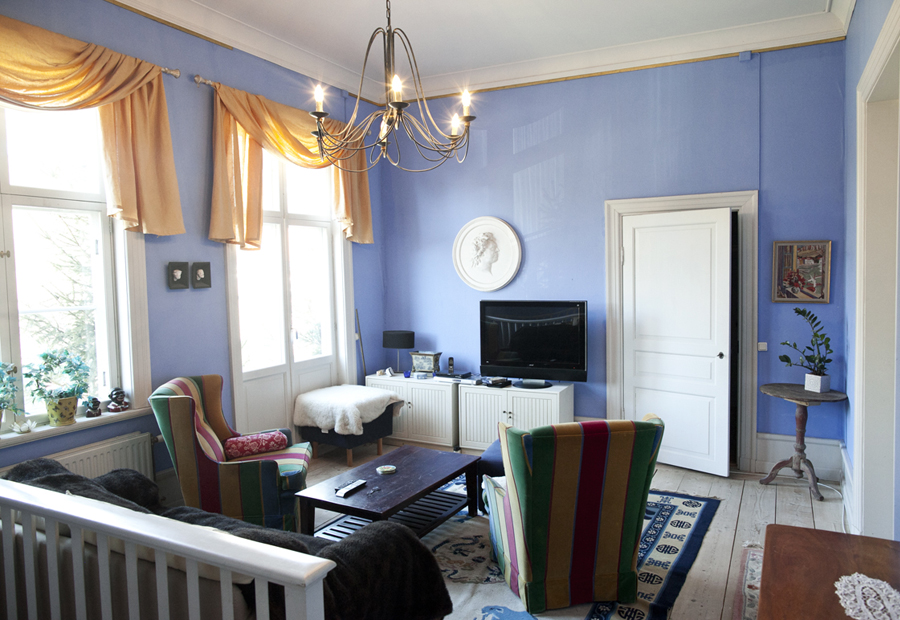 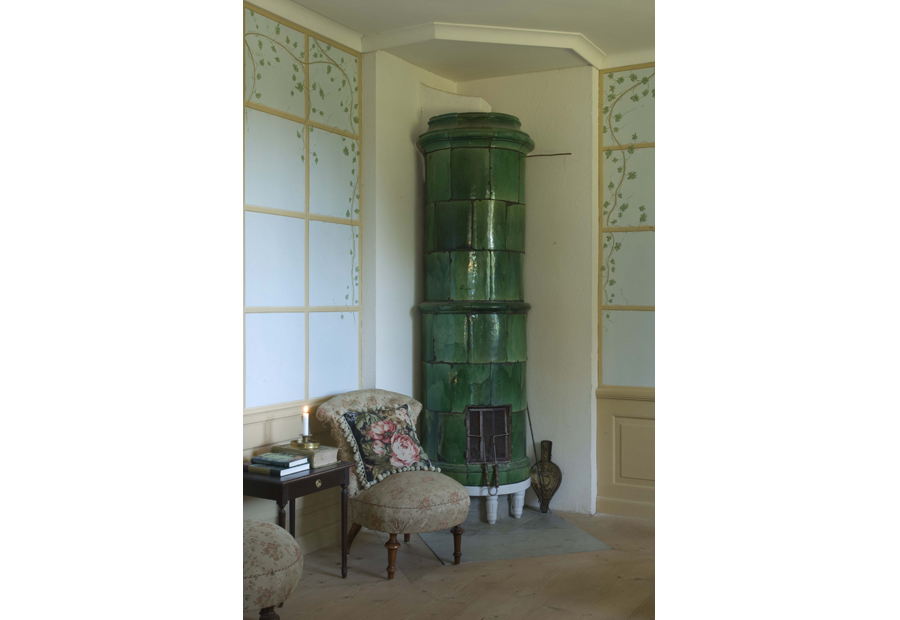 Ceramic stove in the gardenroom 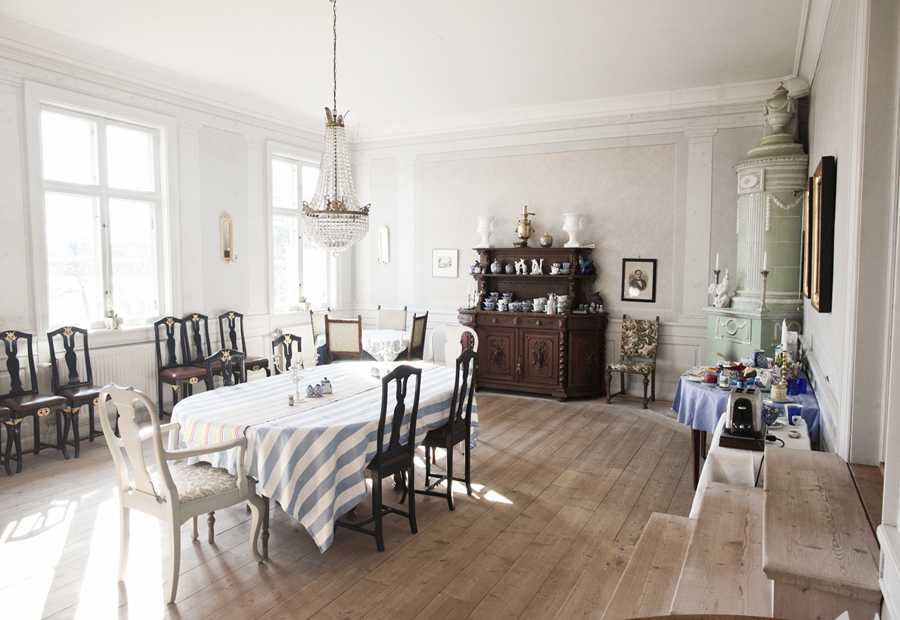 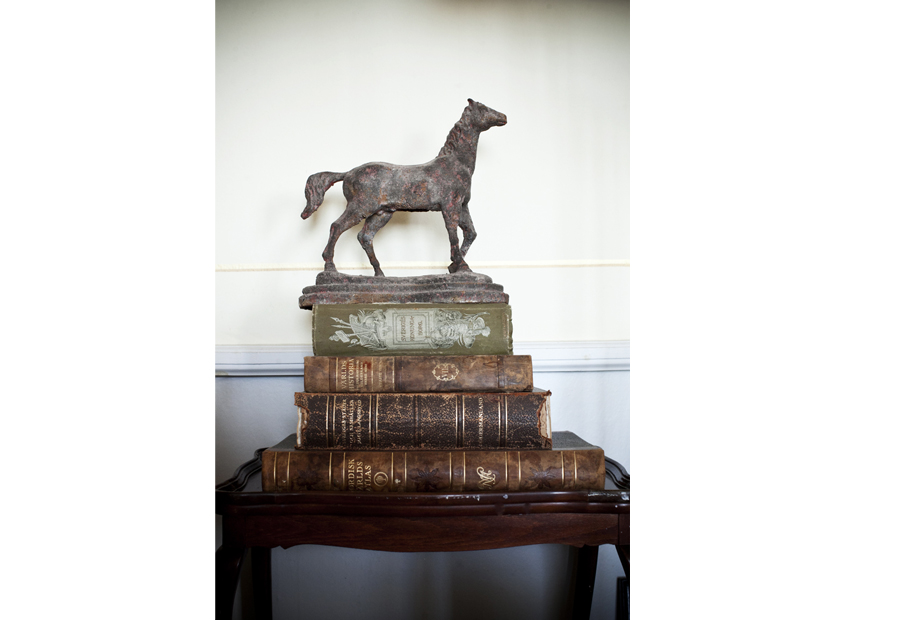 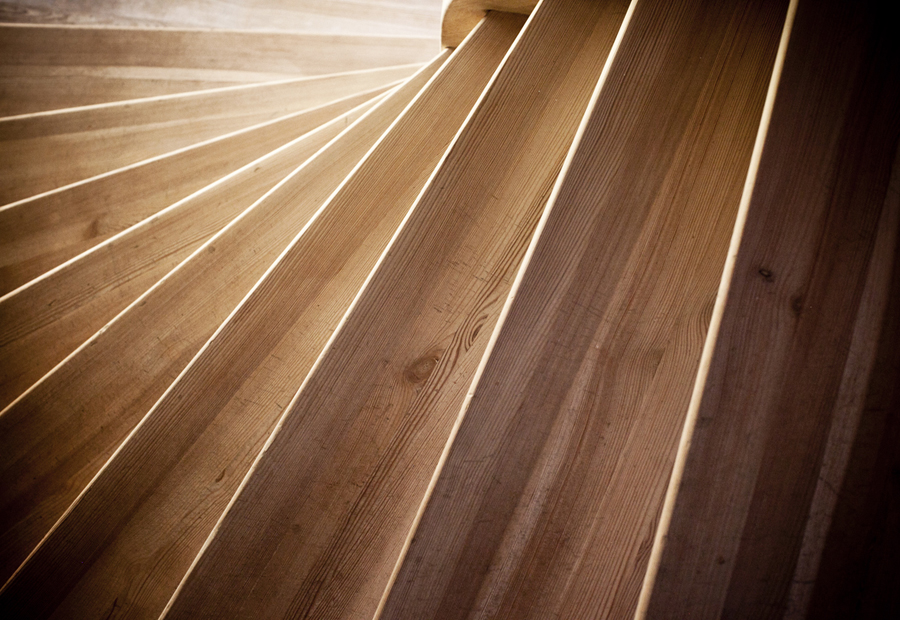 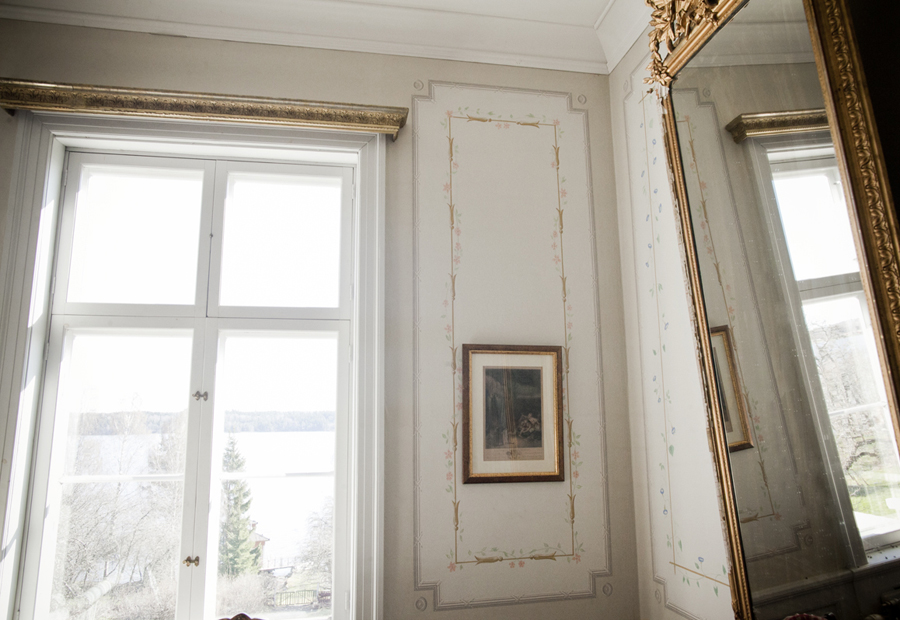 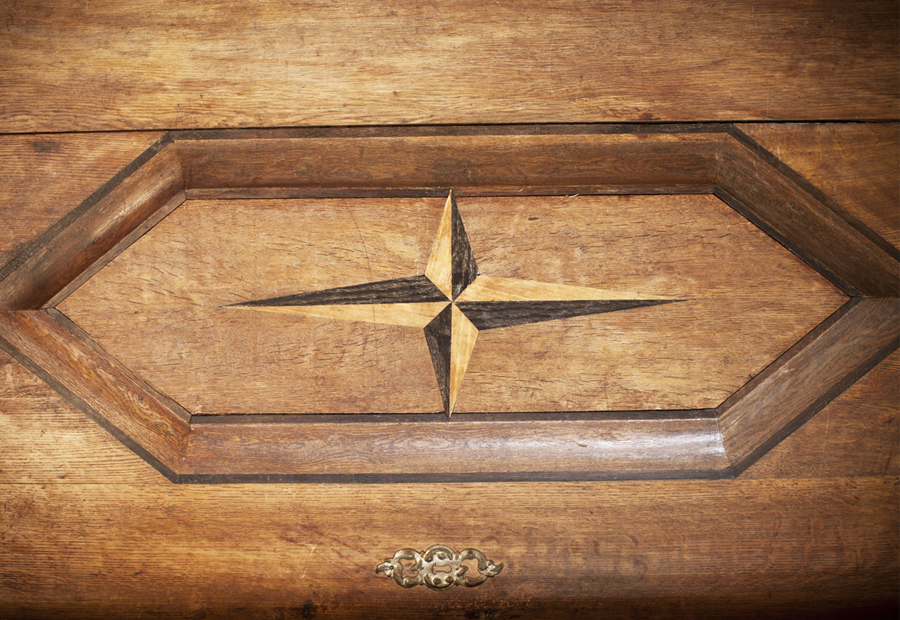 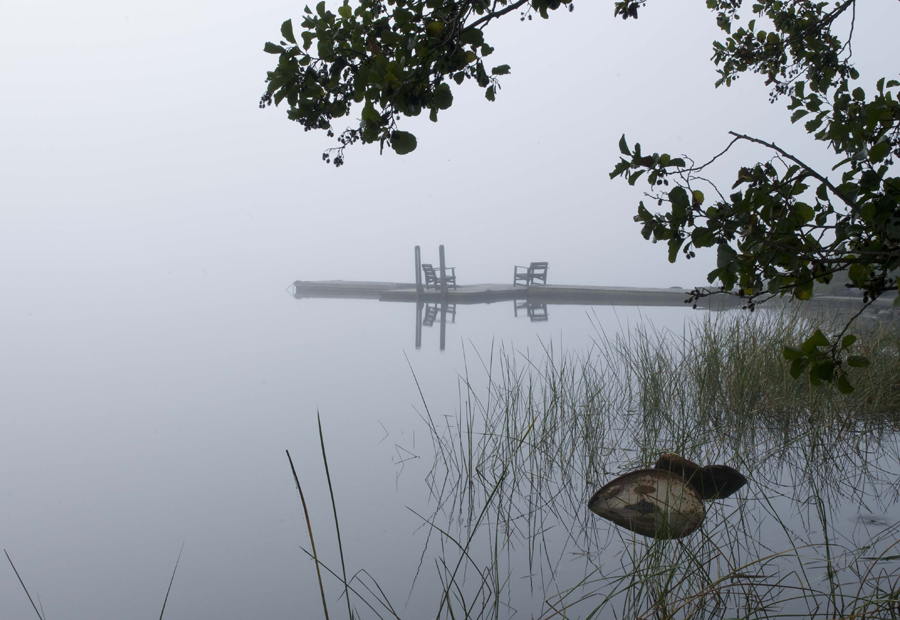 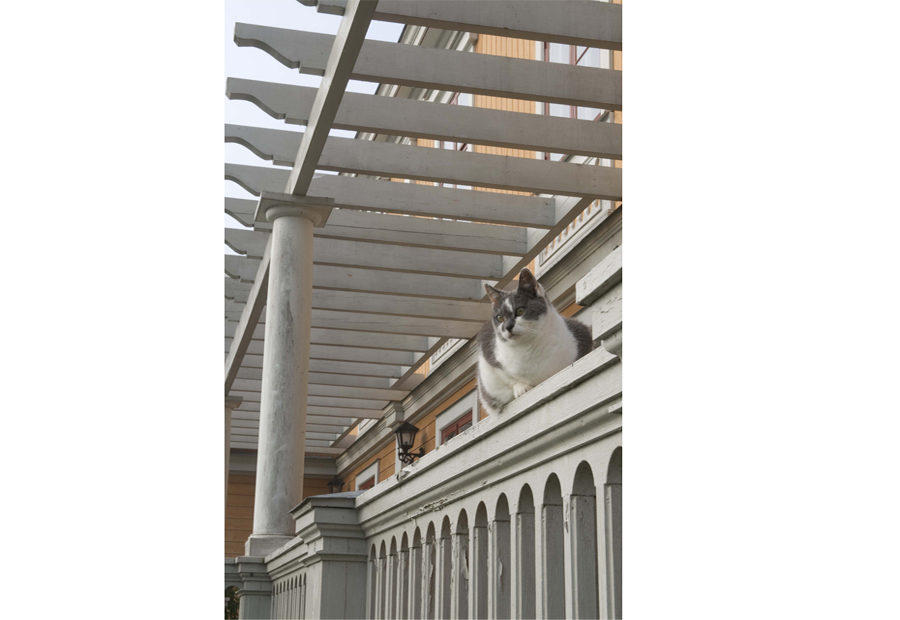 During the 1800s the farm traded owners a number of times. In 1913 it was bought by Fredrik Norström, whose children and grandchildren still owns it today.
Mälby Manor was well known in the Gustavian circuits. As guests of the owner were the president of the Vaasa Court of Appeal Johan Gustav von Carlsson. Friends of Carl Michael Bellman, the poet Johan Gabriel Oxenstierna, artist Tobias Sergel and the cartoonist and satirist Carl August Ehrensvärd.

North of the mansion had von Carlsson landscaped an English park, which with its classic temple halls and casts of classical sculptures attracted contemporary attention. Planted trees and remanings reminds us of how the park once was.
The main building was also erected by von Carlsson, as a small copy of Gustav III's Pavilion at Haga. The façade was redesigned in Italian villa style around 1870.

The building burned to the ground in 1993, but has now been rebuilt with original materials and authentic techniques and materials. Both the interior and façade were recreated in detail.